We understand your engagement challenges and opportunities and use our research and public involvement expertise to help you make decisions while building and growing the relationships that are important to you. 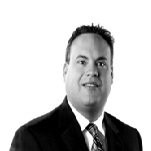 Cory has 22 years of professional experience in the government, engagement, and management consulting fields.

This work resulted in the City of Edmonton being awarded the 2018 International Organization of the Year Award by the International Association of Public Participation (IAP2).

Cory also led the creation of a new Public Engagement section within the City’s Communication and Engagement Department, building it from an office of one when he started in 2012 to a team of over 20 professionals.

Prior to working with the City of Edmonton, Cory was a Senior Manager in the Advisory Services group of Grant Thornton LLP, providing a variety of management consulting services to a range of government and private sector clients.

He also previously worked as a Senior Consultant for a small public engagement consulting firm, with the Government of Alberta, and with the Legislative Assembly of Alberta.